Grisly photos of the ongoing genocide in Sri Lanka

The brutal genocide in Sri Lanka carried out by the barbaric Sinhala fascist regime against the Tamils on the island is going on unabated, the regime being armed, egged on and aided by all the bloodthirsty swine in the filthy empires and wannabe empires of the world, with the full knowledge and support of the dirty scum in the United Nations. HUNDREDS are being butchered EVERYDAY from the air, sea and land by cluster bombs, firebombs, napalm bombs and every kind of lethal ammunition supplied by bloodthirsty barbarians in the governments and militaries of Israel, India, Iran, Russia, Pakistan and China. Want to take a look at handiwork of the Rajapaksa sewer rats? This post is for the enjoyment of all the sub-human swine who derive great sadistic pleasure at the sight of horrible photos. No, the clowns in the media will not show you any of this. For them, this is a “humanitarian operation” and they will carry only reports dished out to them by the swine in the Rajapaksa regime. 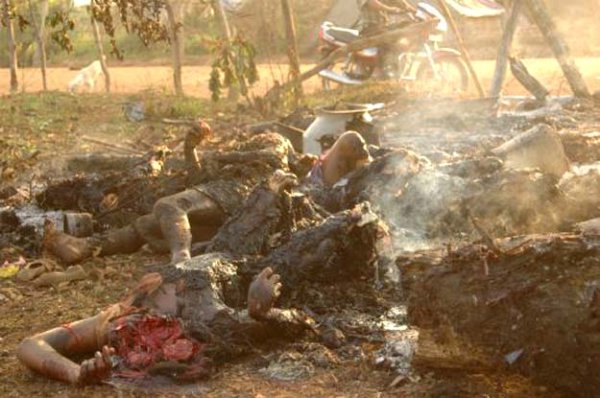 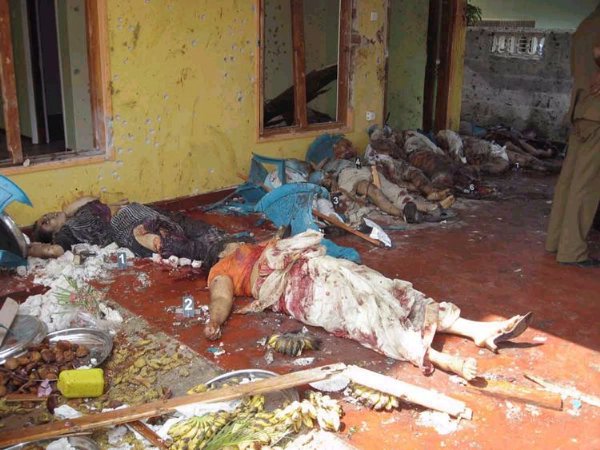 The world’s most bloodthirsty genocidal maniacs – the Rajapaksa goons would not spare anybody – neither the orphans nor the elderly nor the sick and injured nor medical staff nor children. For when almost the whole world is wholeheartedly backing and funding and arming the barbaric scum in their despicable acts of mass murder, all it takes is a complete media blackout, murdering and assaulting the few conscientous journalists like Lasantha and ordering all humanitarian aid workers and relief personnel out of the genocide zone to carry on one of the most horrific mass murders in recent history with full glee. Cluster bombs are used on civilian camps, napalm bombs are used on “safe zones” and hospitals are bombed from the air:

As for the Eezham Tamils and the diaspora, they must have now realised the futility of appealing to the conscience of the few civilised people in the world when all they do is to make a few mild noises. They must have smelt the stink of the souls of the vile bloodthirsty bastards in the Indian establishment who are playing an active role in the genocide as well as preventing civilised people from stopping the genocide. The people of Tamil Nadu owe them an apology for having elected idiots for whom the only thing that matters is staying in power in the state and clinging on to their ministerial portfolios at the centre.

After having realised that the whole world is playing a role in this genocide, they have no other option but to fend for themselves like they have been doing ever since the imperialists of Britain handed over the entire island to the bloodthirsty Sinhala fascist pseudo-Buddhists. They have no other option but to carry on their struggle for freedom on their own. The scum of the world, including India, will help the Sinhala fascist swine by building Nazi-style concentration camps for the “final solution” – exterminating those who were fortunate enough to survive the barbarians’ bombs. Having left with absolutely no one, they have only the LTTE that cares for them. Not the best allies, but what the hell, when the whole world is bent on exterminating them, the LTTE do seem like angels. If not the LTTE, then some other organisation will have to take up their just cause. The Sinhala fascist scum will never let the Tamils even live, let alone live with peace and dignity and equality on the traditional homeland of the Tamils. The struggle should continue. By any means. Till the ultimate goal is reached. Till the millions of litres of blood that they have shed gets represented as the colour of blood on the flag of a free Tamil Eelam: 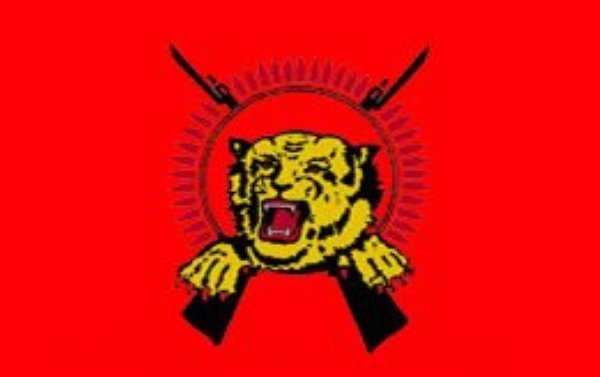 All men and women are born equals and they have a right to live as free citizens of the world. No filthy swine on Earth can oppress a people seeking to live in freedom. No bloody rat can suppress a struggle to end oppression for too long. Not all the imperial scum of the world. Nor all the rabid dogs in the world. Nor the gods.