A boon for poor girls and women

Poverty has a greater effect on women than it does on men. That’s because women’s needs are more complex and they are usually treated as second-class citizens in most poor societies. Basic things that rich and middle-class women take for granted usually remain a distant dream for poor women and girls. Feminine hygiene products fall in this category.

In most Third World societies, women suffer greatly during their menstrual periods. In addition to the physiological issues they face, they also have to face the psychological problem of being treated as untouchables due to the social and cultural backwardness of their societies. As if this were not enough, lack of education about one’s own physiology adversely affects their health by limiting their access to feminine hygiene products. Affordablility of hygiene products is another serious issue. While only rich and middle-class women can afford the exorbitantly priced products marketed by the large companies, poor women are forced to use uncomfortable and unhygienic substitutes like cloth, and this impacts their health, well-being and self-confidence negatively.

An invention that would help school girls in many developing countries to keep attending classes:

In a country like India, the lack of affordable hygiene products seriously affects the ability of millions of poor girls (in rural areas and deprived neighbourhoods of large cities) to attend school. Many of them shy away from attending school during their periods since sanitary napkins remain unaffordable and unaccessible to millions of poor girls and women.

A revolutionary invention that democratises sanitary napkins and makes them affordable and accessible to millions of women has been developed by Mr. Arunachalam Muruganandan from Coimbatore in Tamil Nadu. Muruganandam was forced by the economic circumstances of his family to drop out of school after Class X and work in a factory that produced machines used in the production of textiles. Utilising his ideas and experience, he developed a low cost sanitary napkin manufacturing machine that costs less than one-tenth that of the large automatic machines used to produce sanitary napkins. He set up his own firm to manufacture and market these semi-automatic machines to women’s rural Self Help Groups (SHGs) across the country. He was also ecouraged in his efforts by the government of Tamil Nadu, which set up vending machines for these sanitary napkins along with low-cost incinerators in state-run schools in several villages. The sanitary napkins are made available at a very low cost (2 INR/piece) by the SHGs which produce them using the mini napkin making machine. And now, a professor from the Massachusetts Institute of Technology has decided to purchase Muruganandam’s machines and supply them to groups in several African countries, thereby enabling millions of poor girls and women in another continent to benefit from his low cost invention.

Read more about Muruganandam’s efforts in this great post by Malarthamil on www.kalugu.com Thank you, Malar! 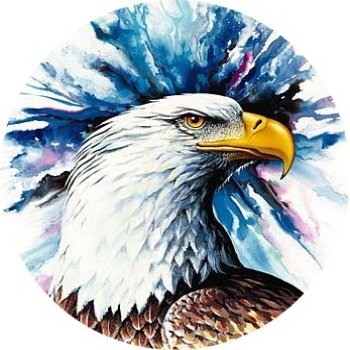 To know more about this machine and how it has helped girls and women across India and generated employment for women’s SHGs, click here.

9 Responses to A boon for poor girls and women