That brings us to independent journalism. Thanks to the growth of the internet, many people now have access to some real independent journalists who bring to one’s notice things that are never reported by the “mainstream media”. Despite the efforts of big government and big money to censor and control the internet, one still has access to these sources and they should be applauded for the work they are doing.

Then there are other folks who expose the powers that be. Their reports may seem outlandish at first and it easy to dismiss them as conspiracy theorists or plain nut cases. But a little research would inform you that most of what they say is shockingly true. Sure, some of them have a tendency to exaggerate stuff, but it would be foolish to dismiss them without examining things oneself. The deeper one gets into things, the more credible their reports seem and the “mainstream media” looks more like the joke that they actually are. 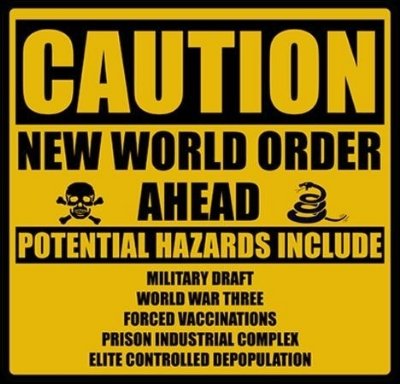 In case you thought all events just happen without some force behind them all, then think again. Living in a Third World country can open your eyes to things that you would never know if you live in a First World country. In a typical Third World country (like the one where I live), one learns that the elite class that has all the power (the big money players and the corrupt politicians and bureaucrats who are either inextricably linked with and/or paid for by the elite) hate the masses and are not interested in their well-being. Instead, they would love to impoverish the middle class and suck the life out of the poor and treat them as serfs to enrich themselves. However, in order to maintain a facade of democracy, elections are organised regularly. The votes deprive the ruling classes of some, but only some, of their greed. They still control everything. The police in the Third World, more often than not, does not act like a true police force. They are there only to protect the ruling classes and to prevent crimes against the ruling classes and the establishment. The army, more often than not, does not act like a true army. The troops are used for “internal security duties”, in other words, they are used by the establishment as paid mercenaries to fight and oppress their own fellow citizens whom they are supposed to protect from external enemies. A Third World pseudo-democracy has all of the above features. That’s because power corrupts and absolute power corrupts absolutely. And money and power are inextricably linked.

I believe that banking institutions are more dangerous to our liberties than standing armies. If the American people ever allow private banks to control the issue of their currency, first by inflation, then by deflation, the banks and corporations that will grow up around [the banks] will deprive the people of all property until their children wake-up homeless on the continent their fathers conquered. The issuing power should be taken from the banks and restored to the people, to whom it properly belongs. – Thomas Jefferson

It seems the global elite are planning to transform the entire world into a global Third World society. The signs are all there. They have always been there. False flag terrorist attacks, manufactured wars, a corporate and government controlled “mainstream media”, manipulated “free markets” that go into predictable cycles of boom and bust, rising economic inequality, growing crime and corruption, a police state, civil unrest, martial law and armed troops on the streets fighting their own citizens. All to usher in a “New World Order” and to transform the entire world into a typical Third World pseudo-democracy in which a small cabal of filthy rich elite (and the politicians and bureaucrats in their pay) run the world, treating all others as neo-serfs in a system of global neo-feudalism.

Make no mistake, there are powerful forces that control the world behind the scenes. They will go to any extent to concentrate more and more wealth and power in themselves – like committing mass murder, imprisoning people in concentration camps, assassinating true leaders who oppose their vile policies, organising false flag terror attacks, causing totally avoidable wars, utilising nuclear, chemical and biological weapons of mass destruction on innocent people and blaming it on small or virutally non-existent enemies, causing mass starvation or even driving the world to a catastrophic nuclear World War III, the casualties of which will make the first two World Wars seem like small wars fought with axes, swords and spears.

Don’t tell me you weren’t warned! Take a look at the following videos to get an idea:

Is there any hope left for humanity then? Of course, there is! History has shown us that whenever society has degraded to the point where a small cabal of filthy rich elite impoverish and exploit the masses, the result has been an event like the French Revolution. And the French people have reminded us of exactly that today:

This country, with its institutions, belongs to the people who inhabit it. Whenever they shall grow weary of the existing government, they can exercise their constitutional right of amending it, or exercise their revolutionary right to overthrow it. – Abraham Lincoln

If you tremble indignation at every injustice then you are a comrade of mine. – Ernesto ‘Che’ Guevara

The tree of liberty must be refreshed from time to time, with the blood of patriots and tyrants. It is its natural manure. – Thomas Jefferson